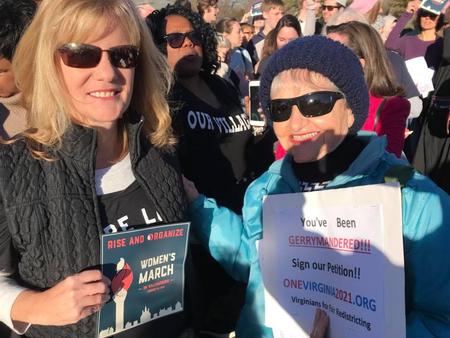 Jennifer Tierney is the owner and principal of the Gemini Group, a San Diego-based political consulting firm she founded in 1999 after ten years of working in San Diego government. She has helped guide more than 75 campaigns for candidates and ballot measures.

A Virginia native, Jen grew up in West Point, Virginia.  After graduating from William and Mary in 1988 with a BA in English, she spent a year at an environmental consulting firm in the Washington, DC area before moving to San Diego so her husband could pursue a Ph.D.  She worked for the San Diego County Department of Agriculture, Weights and Measures for ten years where she helped farmers comply with environmental regulations and worked with schools and the medical community to prepare for the arrival of “killer bees.”  As she explains, it’s not that big a leap from working with killer bees to working in campaigns.

Jen got her start in campaigns by volunteering to develop web sites at a time when they were relatively new to the local and state level campaign world.  As principal of the Gemini Group, she is a general consultant, guiding candidates, campaign managers, fundraisers and field staff through the strategy of each campaign. She has helped elect candidates for San Diego City Council, Mayor, District Attorney, Superior Court Judge, California Assembly and Board of Supervisors.  She has been named one of the “50 people to watch” in San Diego.

When she isn’t working in California, Jen stays busy in Virginia, where she is chair of the Williamsburg-James City County Democratic Committee and a member of the Virginia Democratic Party Central Committee for the 2nd Congressional District.  She volunteers for many candidates on the Peninsula and has helped guide the campaigns of Monty Mason for Delegate (93rd) and State Senate (1st) and Mike Mullin for Delegate (93rd).

Jen splits her time between San Diego and Williamsburg, Virginia, where she lives with her husband, Mike, a professor of government at William and Mary, and their 8-year-old cockapoo, Henry Higgins.  Jen and Mike have two grown children. You can reach Jen by email at gemini2twins@cox.net or by phone or text at (619) 851-5462.